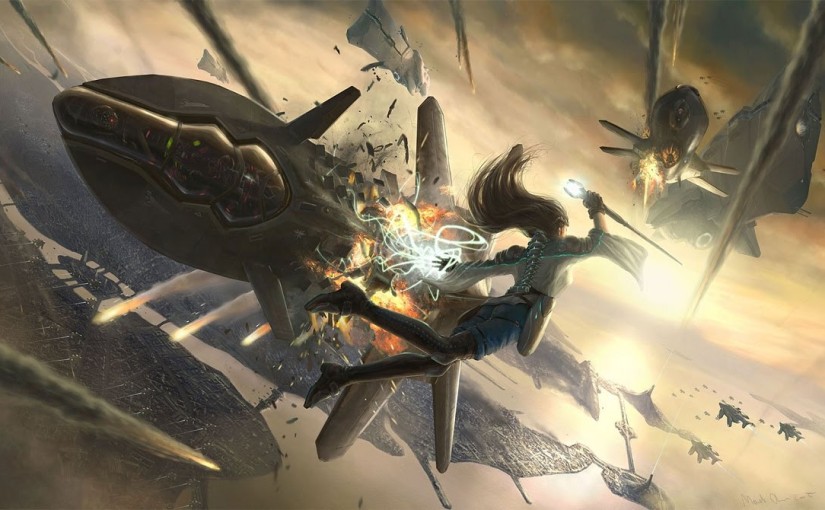 This week on world building, I am sharing descriptions of the two major factions in my science-fiction universe I created.  I will be posting more in the future about this universe, as it is the largest and most detailed one I have created so far.

The Coalition was founded about 2,000 years ago in an effort to unite the races, bring peace and expand across the galaxy. The core of the Coalition is made up the 9 main races, Human, Elf, Dwarf, Halfling, Teifling, Gnome, Half Elf, Half Orc and Dragonborn. There are a larger variety of races now part of the Coalition. The Coalition government is run by a Council which is made up of representatives from all the races and sub races with the main nine sitting on the High Council.

The Coalition Military is run by Generals/Admirals, each representing the nine main races. The military is divided into two groups, land and naval forces. Land forces comprised of the majority of the Coalition’s strength, with 4 major groups, infantry, armor, mechanized divisions, and special forces. Naval forces are comprised of all ships, transports, supply companies, and galactic marines. Due to the size of the Coalition, they have a massive and powerful military, however they prefer to solve issues with diplomacy before engaging in combat. One of the primary duties of the military is to act as peacekeeping forces in dangerous regions or during negotiations between enemies.

The Green-skin Horde They are a combination of orcs, goblins, trolls, knolls, and several other chaotic evil races. After millennia of being hunted and ostracized, these evil creatures have banded together in an attempt to increase their territory, wealth, and power. They wear crude steel armor, wield crude melee and range weapons such as axes and spike shooters. They are incapable of making their own ships however due to their low intelligence, but have acquired a large number of ships through raiding and war which they have modified to reflect their crude nature. The Coalition and other independent system have been fighting the Green-skins for the last 5000 years with little progress due to their aggressive nature, constant craving for war, blood, spoils, and that they breed like rabbits. The Coalition has recently begun a campaign against the Green-skins to take back the planet Charadin, which was lost 13 years ago giving the Green-skins a base to launch attacks into the heart of the Coalition.

See you on the other side Travelers!!